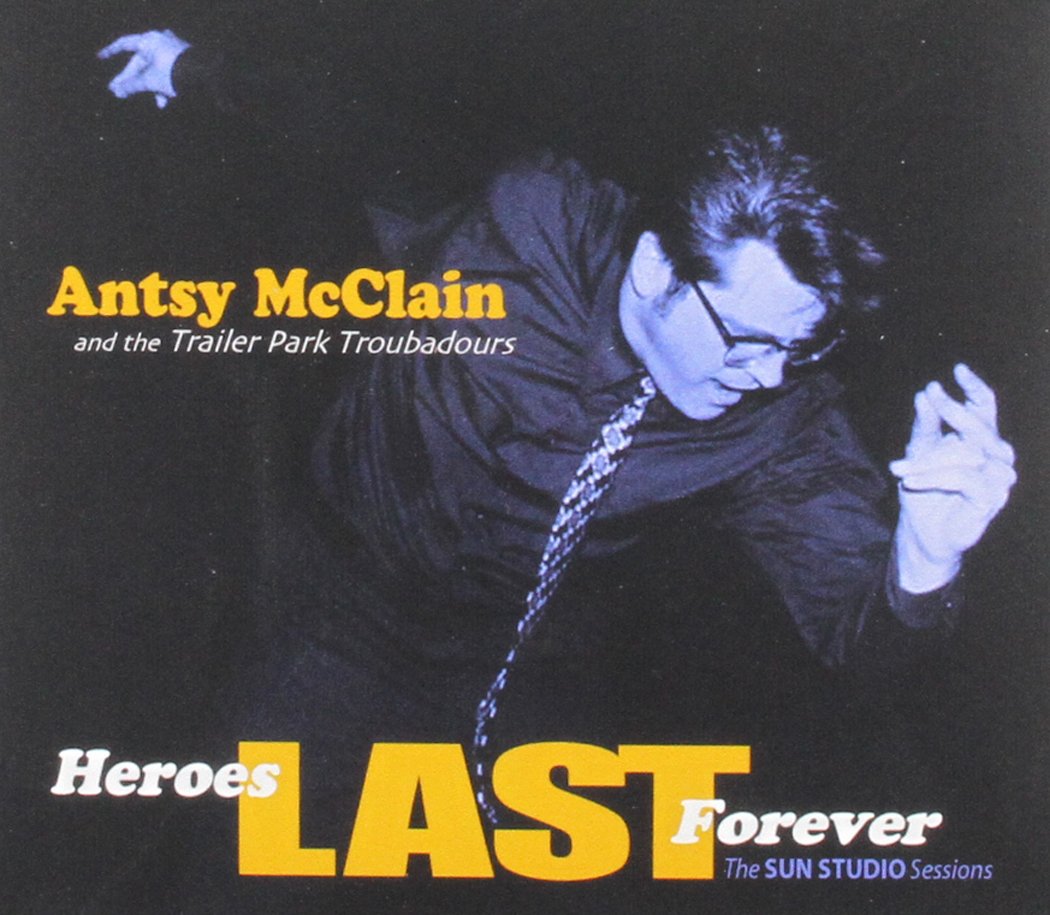 12 songs recorded at legendary SUN Studios in Memphis, revealing Antsy McClain's rockabilly roots and a few of his unlikely heroes.

Antsy McClain has been performing with The Trailer Park Troubadours since 1992. While Antsy plays with pick-up musicians across the country, there are two main bands of Troubadours. One is on the west coast, in California, and the other is in Nashville, where McClain now lives. Heroes Last Forever was recorded with the Nashville group. The band featured on this album consists of Chris Long on drums, Adam Bond on bass, Pauly Zarb on keyboards, percussion and flute, and Bobby Cochran on lead guitar. The album has been mixed by Gary Smith, who also plays some keyboards. This is Antsy's seventh project as producer. Longtime friend and collaborator Brian Gavron, whose support on the road and in the studio is immeasurable, is listed as associate producer.

In selecting the songs to record at Memphis' historic SUN Studios, hallowed ground walked by Buddy Holly, Waylon Jennings, Johnny Cash, Elvis, Jerry Lee Lewis, and virtually all the founding fathers of Rock 'n' Roll, Antsy chose to paint a group portrait of everyone who has meant something to him, not only as a musician, but as a person, a husband, a father, a brother, a son. Antsy explains, ''I think it's important to honor our heroes, and this is an album about mine - inside and outside the music business. And they really do last forever. Our memories of lovers, parents, grandparents, aunts and uncles live on as we carry pieces of them with us. The songs left behind by great writers and artists are forever tucked into our souls. They live on in as we live on - beyond the moment our heroes' hearts stopped. Sometimes our memories get tangled with regrets or missed opportunities, but hopefully we learn from it all, and we make better choices with the time we have now, and the people with whom that time is shared.''